How strong is your trunk?

It’s International Earth Day! And that means we need to celebrate the animals that aren’t buggering up the earth, namely, anything but a human.

However, we can’t just list a load of animals, that would be pointless. What we’re going to do is list the ten strongest animals, those that could hypothetically pump more iron than the lovechild of Eddie Hall, Arnold Schwarzenegger and a 300ft high stack of 5kg whey protein tubs.

Multi-species-three-way-conception-with-an-inanimate-object might be impossible, but a future for the world’s wonderful creatures is not, so let’s get to it.

Apart from being pretty badass, and the mascot of Benfica and Crystal Palace (how is that for two disparate teams?), the Eagle is also very, very strong. In fact, the bird of prey, when flying, can carry things up to four times its own weight. Can’t squat for toffee mind.

We aren’t talking about the intangible power of Nicki Minaj’s song, we are of course talking about South America’s Eunectes murinus, the scientific name for Anaconda. This is the largest, and heaviest snake breed on earth. Equipped with a squeezing force equal to its as its approximate 250kg of bodyweight, it isn’t to be trifled with.

Moving across the Isthmus of Panama (the rough boundary between North and South America) we have the big old bear, capable of lifting more than 500kg. This is around 0.8 times its own weight. 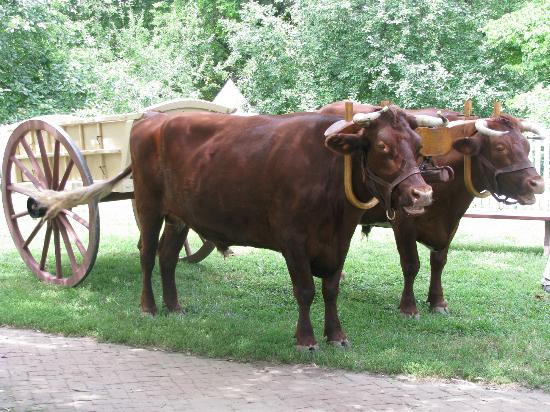 This photo of Colonial Williamsburg is courtesy of TripAdvisor

Not Alex Oxlade-Chamberlain, we’re talking about the “draft animal”, or the bovine creature that us humans have put to work. It can drag a rather impressive 900kg. Even on dodgy ground, this beast can drag over 1.5 times its own weight, making it incredible at sled pulls one can only presume.

Image source: Flickr
Lots of creatine in that meat!

Bigger than my kitten, in fact, it’s the biggest of the cat family. The endangered beauty can carry around 550kg, which is twice its body weight. It also doesn’t need any weight gainer; for example, a Bengal Tiger can eat around 21kg of meat in one night of gluttony.

Image source: Wikimedia
Must be resting between sets

Our cousins, with a DNA match of around 95-98%, aren’t to be annoyed. They can lift around 2000kg, which is a whopping 10 times their approximate body weight. That’s around 25 humans, if we use the estimated average weight of 80.7kg.

Image source: Deviant Art
Not sure if Dumbo is African to be honest…

It doesn’t take a genius to work out that the elephant is going to be strong. But just how strong is slightly crazy. They can carry up to 9000kg in weight, and when you use the above figures, that amounts to nearly 112 humans.

The first of our trifecta of tiny awesomeness, this little ant can carry an eye wateringly massive…500mg. This might not sound like a lot, but it amounts to 50 times its own body weight…and this is jaw strength we are talking about. A bit like you getting a large piece of rope, weaving it between two cars, putting it between your mouth, and lifting them every time you smile.

Wait for it. 850 times its own body weight. That’s right, it can lift eight hundred and fifty times its own weight. In human terms that would mean 68595kg, which provided you had proper form, would be a rather impressive deadlift.

The strongest insect and strongest animal in terms of weight compared to body weight. Able to pull 1141 times its own weight, it is by far and away the King of the Jungle Gym (we know it doesn’t live in a jungle, but neither does a lion). Though it may not have the raw power of other animals, imagine if it was scaled up? If a dung beetle kept its relative strength and was the size of a human, it could pull 6.23 fully loaded Airbus A380s; feel free to correct out maths.

And a special mention

The Blue Whale needs a special mention on the basis it is the largest animal on earth, and with all that mass, needs a lot of muscle to move. It isn’t included as differing forces of water skew the weight figures, but, it’s safe to say a blue whale is pretty hench.

Join us on Google +